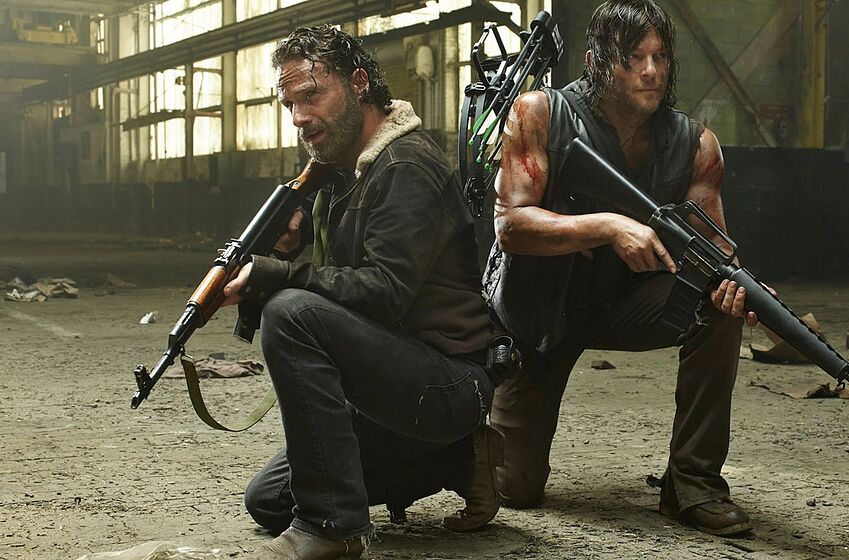 25 TV Series That Embrace Diversity by Erin Qualey
Gods of Egypt Fails To Answer Any Prayers by Hashim R. Hathaway

When it comes to pranks on the set of ‘The Walking Dead,’ Norman Reedus is the champ. But does that really come as a surprise?

With all the blood, guts, and drama, that goes on The Walking Dead, the cast and production need more than a few laughs to get through it. Leave it all to Norman Reedus (Daryl Dixon)! The actor appeared on The Late Late Show with James Corden to talk about his movie Triple 9, but he also revealed how much fun he and his costars have on the set of AMC’s hit series The Walking Dead.

One of Reedus’ favorite people to prank is Andrew Lincoln (Rick Grimes). Reedus shared that after playing a fun prank on Lincoln, his costar was taking too long to get him back, so Reedus instead followed up with an even crazier prank.

“He said he was going to get me back, and he’s trying to plot – he’s really bad at it, to be honest. But the last day of shooting for this last season, he walked into his trailer and I’d filled it full of chickens,” Reedus says.

Can you imagine? We only have one question, can we PLEASE get that on video? The Walking Dead fans are really hoping that this moment was caught on video somewhere. Better yet, this hilarious prank should be included in the bonus features of TWD‘s Blu-ray!

More television: Our Favorite Relationships on ‘The Walking Dead’

Watch the video below to see Norman Reedus explain the prank in more detail:

The Walking Dead airs Sunday nights at 8/9c on AMC. Be sure to tune in!