During the Season 5 Finale of Agents of SHIELD, Talbot aka Graviton was finally defeated. Talbot had been unknowingly assaulting the Earth but Quake put a stop to him by blasting him into space. The concern now is whether or not Talbot will resurface.

Despite seeing Talbot launched into space during the Season 5 finale of Agents of S.H.I.E.L.D., that doesn’t mean we’ve seen the last of him. If we’ve learned anything over the years is that no one ever disappears for good in the MCU. Unless a character is completely destroyed, they can return- but even then, dead characters can resurface in another form; Talbot is no exception.

Additionally, Talbot was left in a frozen state so he’s technically in a form of cryogenic stasis. Being as such, anyone who comes across Talbot’s body can resuscitate him. They’d have to possess technology capable of the feat but that’s an obstacle easily overcome. The question is, who will come across Talbot first? 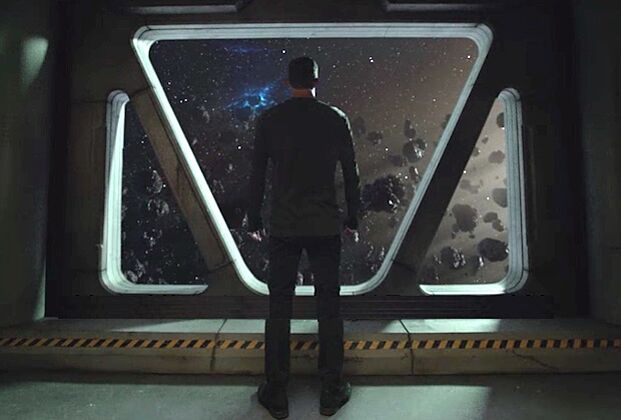 Who will recover Talbot’s body from the vastness of space?

Without reaching too far into the realm of speculation, there are two logical choices: Taryan Kasius or SHIELD. For those who don’t recall, Taryan was unaccounted for at the end of the Season 5 Finale. He probably went back to his home world but he could still be lurking around Earth. If he is, his scanners would likely spot Talbot, followed by a pickup. Then, Taryan (Craig Parker) would have Graviton at his disposal. Keep in mind that Taryan may not be the person who recovers Talbot.

In the off-chance that another alien or spacefarer comes across Talbot, he could be revived by someone who has no idea of the monstrous power inside of their visitor. Of course, they’d find out soon after bringing him back.

Theories aside, Talbot’s exit in the Season 5 Finale seems to be pointing to a return further down the line — otherwise, why send him off with a way to resurface? If Talbot was meant to be written off, he would’ve received a more definitive end. Quake had more than enough power to crush Talbot into nothing but he was allowed to live. This spells a return in the near future.

Now, Talbot’s return may happen in the next season of Agents of S.H.I.E.L.D. or it could happen somewhere else in the MCU. However it happens, Talbot is bound to resurface at some point. Let’s just hope it doesn’t happen while the S.H.I.E.L.D. Agents are on vacation.

Agents of S.H.I.E.L.D. returns for Season 6 later this year.