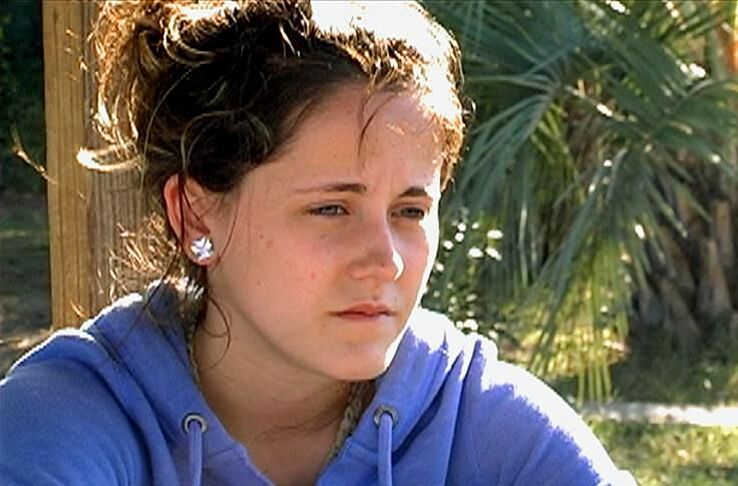 Jenelle Evans recently brought her kids to a zoo where they got up close and personal with the animals. Ensley was caught posing with a monkey.

Jenelle Evans recently took her children out to a zoo explore the animals near North Carolina. As it turns out, Jenelle managed to get her children to explore the animals in the zoo to the point where they fed the giraffes and possibly had some meet-and-greets. In one photo, Jenelle’s daughter  Ensley is holding a little monkey. The background doesn’t look like a zoo and fans immediately assumed that the Teen Mom 2 star had purchased a monkey for the home.

Rather than look at her other pictures, people quickly just assumed that she had purchased a monkey for her children. One person even admitted that the background, which looks like an office, a storage room or a garage, didn’t look like a zoo and she would never have guessed that they were at a zoo. However, Teen Mom 2 followers were quick to call out her for her supposedly buying a monkey.

Next: Is Briana DeJesus trying to change her aggressive behavior?

While Jenelle Evans may want a monkey, it’s possible that she already feels that her hands are full with all the kids and pets. Plus, she wants a positive storyline. She feels that MTV strives to portray her negatively and she really wants to change people’s attitude toward her. Despite her bad attitude and her long list of arrests, it sounds like she still believes she can change people’s minds.

What do you think about the monkey story? Did you think Jenelle Evans bought a monkey for her children?