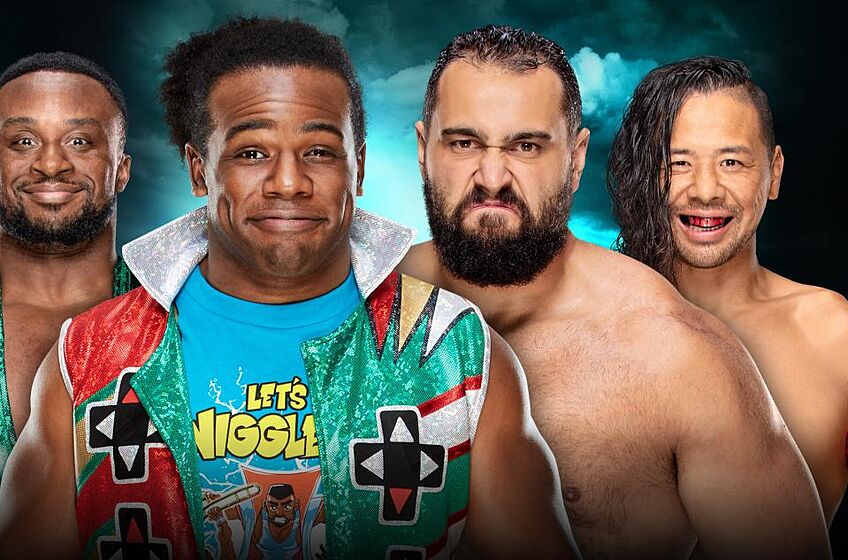 WWE Fastlane is here and its last stop before WrestleMania! So, let’s make some predictions!

WWE Fastlane 2019 is this Sunday, and it’s the final pay-per-view before WrestleMania 35 in New York. There isn’t much on the line, not if you think about it. I mean, Becky Lynch isn’t going to get left out the match at WrestleMania now when all the love is for The Man right now. Having said that though, there is a lot of potential for incredible matches.

Let’s hope that this awkwardly placed pay-per-view lives up to the standard that the dual-branded PPVs have provided. We made our return with Elimination Chamber and finished with 5-2, not too shabby. But we can do better with Fastlane! Let’s take a look at the match card and make some predictions.

I’m not sure why this match was thrown in the Kickoff Show. But, if I had to guess The New Day has to make an appearance early, so Kofi can get involved somehow late. Especially because Kofi is curiously left out of the match preview and picture on WWE.com.

That makes me think shenanigans are afoot. Especially because Shinsuke and Rusev have been buried as of recent. You guys should know how this goes, I always go with The New Day. Also, for those of you who are new here only the “Head” predictions count against our official record. 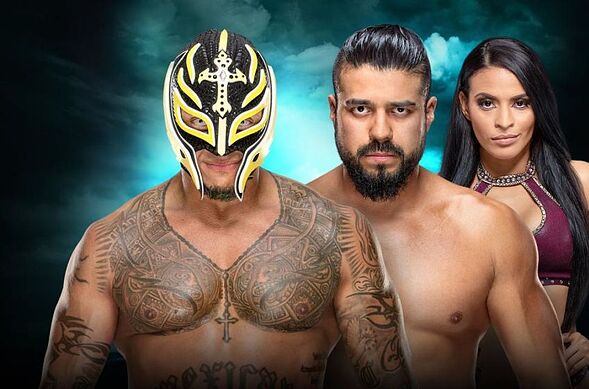 These two have put on incredible matches of the last few months since Rey Mysterio returned to WWE. This matchup is enough to make me at least check in on the kickoff show to see these two superstars go at it.

There’s not much going on story wise with these two, except Andrade may be a sleeper pick to win the Battle Royale at WrestleMania. Though Rey has been beating Andrade recently, I don’t see Andrade getting his turn to win yet. 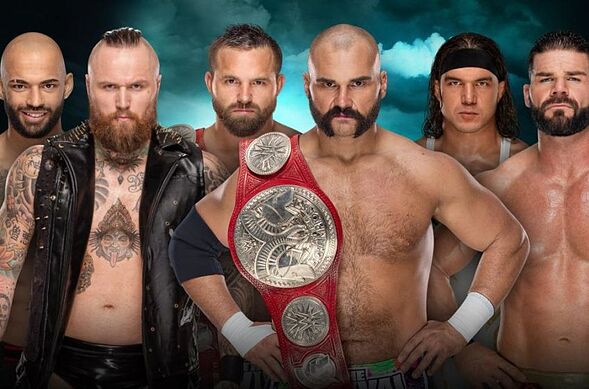 This match is a cluster… Well, you understand. The Revival is probably my least favorite tag team since Benjamin and Gable. Aleister Black and Ricochet are two of my favorite NXT superstars, but they’re in a tournament for the NXT tag team titles, which crescendos on WrestleMania weekend. So they can’t win the Raw tag team titles.

Roode and Gable? That’s not it either. The only conclusion is that the revival is going to retain until AOP is back or Johnny Gargano and his partner take it from them.

Heart: AOP takes out Roode and Gable and they enter the match. I mean, with all the top women on SmackDown Live competing for the Raw women’s championship who else should be battling Asuka? I like Mandy as much as the next guy, but I don’t think they’ve done a good job building her up to a point where she could win and it’s believable.

Personally, I think in the next couple weeks, Charlotte will fall completely out of the match between Ronda Rousey and Becky Lynch. And they’ll give us a Charlotte, Asuka, Mandy and maybe Naomi multi-woman match for the SmackDown Women’s title.  This weekend, I think Asuka overcomes some Sonya Deville shenanigans and still wins. 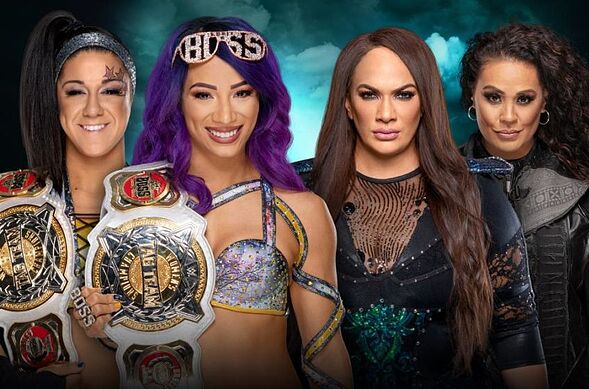 My two absolute favorites in the women’s division are facing off in Nia Jax and Sasha Banks. So for me, it’s a win-win. Though the more I think about this, the Women’s tag team belts won’t be dropped at Fastlane, and if Bayley and Sasha do drop them before Backlash it will be at WrestleMania.

Plus I believe Tamina and Nia are going to have a rivalry arc. There’s no better way to start that then having Tamina catch an L at Fastlane and have Nia Jax overreact.

Heart: Whoever, as long as the match is good. 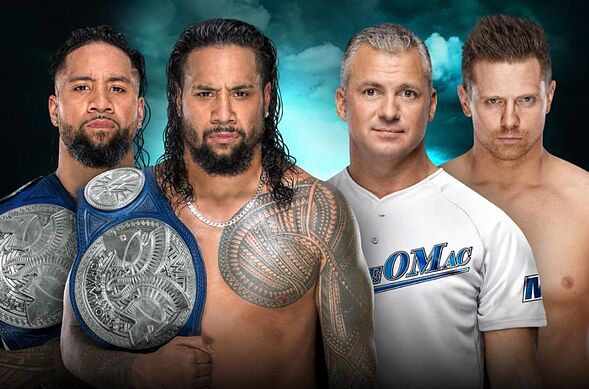 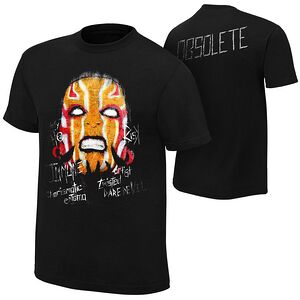 With that in mind, I have to believe the next accelerant in this story is that they lose again. Plus, it’s easy for me to want the Usos to win because the Usos are two of the best mic workers the WWE has. 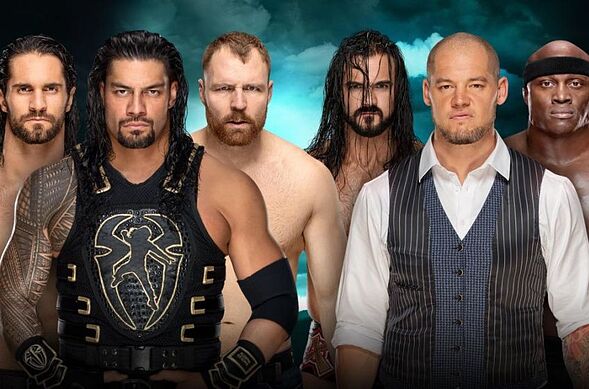 Roman Reigns is back! So I hope this is a squash, cause I don’t like this amalgamation of huge dudes with McIntyre, Lashley and TGI Friday Corbin. These guys should be split up and doing their own things, Corbin needs to go back to being the lone wolf, and deep-sixing AJ Styles.

McIntyre should be beefing with Braun Strowman and Lashey. Well, he should go be on SmackDown Live. Though I could see Vince being a jerk and having Dean Ambrose pinned cleaned just to spite him for leaving. 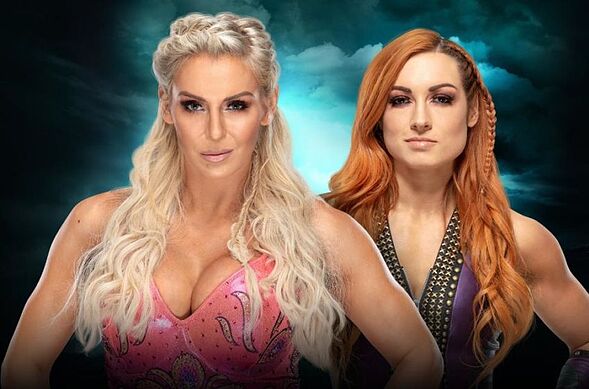 Charlotte Flair vs. Becky Lynch (If Becky wins, she gets added to Raw Women’s Title Match at WrestleMania)

Becky is going to be in the match at WrestleMania whether she wins or loses this match, please believe me. 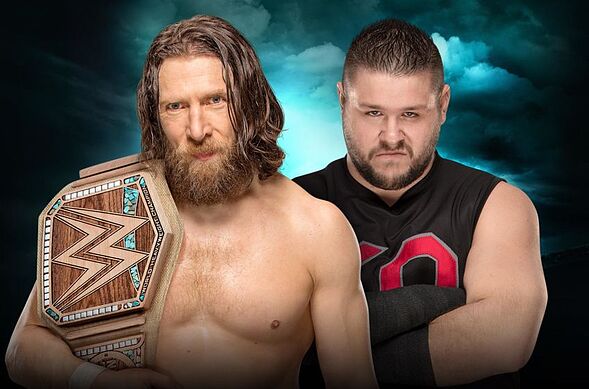 Yes, we all wanted Kofi to get a shot at the title, but we want Kofi to stand tall at WrestleMania, not lose another awesome match at Fastlane. So, I am ok with WWE bringing back another one of my favorites in Kevin Owens.

KO probably isn’t going to win the title, and the match probably won’t end cleanly. Especially with Kofi not participating in the match with Shinsuke Nakamura and Rusev. Though this should be a good match, I’m curious to see what happens.

Overall it should be a great show, who do you think is going to win?

WWE Fastlane can be seen on Sunday, March 10 at 7 pm EST on the WWE Network.