6 takeaways from The Perfectionists Season 1, Episode 9 by Mads Lennon
For the People series finale preview: Will Roger and Jill break up? by Mads Lennon

Who’s dead, who’s alive, and whose fate should we be worried about in Season 4? Riverdale answers all of our questions in a heart-pounding season finale.

After a season marked by highs, lows, and whatever that bear attack was, Riverdale pulls it all together with a finale jam-packed to the second with serious twists and turns. Finally, the person behind the Gargoyle King reveals their motives, and their connection to the Black Hood ties up those loose ends in a brutal final showdown. But as the gang tries to survive their final quest, a flash forward to senior year begs the question: Will one of their own not survive spring break?

Let’s dig into the jaw-dropping episode with a quick and dirty rundown of everything that went down in the Season 3 finale of Riverdale. (Warning: It’s about to get real spoilery in here)

Penelope! In fact, Mama Blossom masterminded the past two season’s mysteries, having cultivated Hal’s serial killer persona and helped fine tune Chic’s disguise as the Gargoyle King. (By the way, we called Chic’s return.) It’s a convoluted explanation that involves Penelope seeking revenge on a town that wronged her by making her a child bride for the Blossoms. Although Penelope makes a run for it, Chic winds up behind bars, and as for the final corner of the unholy trinity… Well, we’ll get there.

And the finale seems to definitely glaze over that fact. Like, Archie 100% killed that guy dressed up as a bear. Is no one going to talk about that? Obviously, the gang was much too busy running through Penelope’s horrifying woods of hell and searching for the antidote to the poison to worry about the details. Not to mention, Betty was forced to hold her own father at gunpoint. 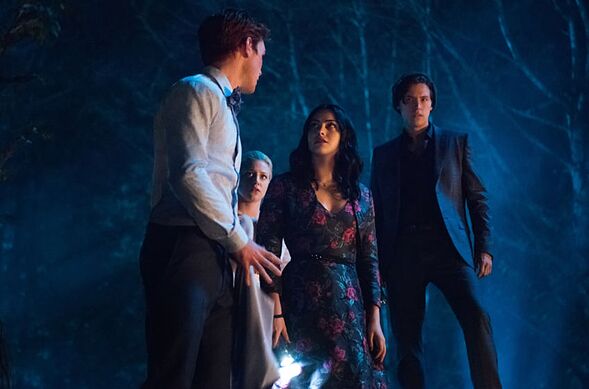 Say goodbye to the Black Hood for good. Betty’s final quest consisted of a standoff with her father. Each party in the duel had a gun, though Betty’s contained one bullet. She must shoot Hal or he’ll kill all of them. (We’d ask what kind of twisted game this is, but we all knew it was a twisted game going into it, yeah?) Rather than kill him, Betty non-fatally shoots him, which prompts Penelope to strike back and shoot Hal in the head. Now can Betty finally heal?!

Remember Alice and FP’s son that Alice gave up for adoption that came back last season as Chic, but they found out Chic was an impostor and the real Charles was dead? Forget what you thought you knew, because Charles is very much alive. For reasons that haven’t been explained, he didn’t die, but he is an FBI agent (naturally). Charles approaches Betty and Jughead about helping with the investigation into The Farm, since they’re the only two who can seem to crack a code in Riverdale. Bonus FBI tidbit: They arrested Hermione for attempting to murder Hiram! 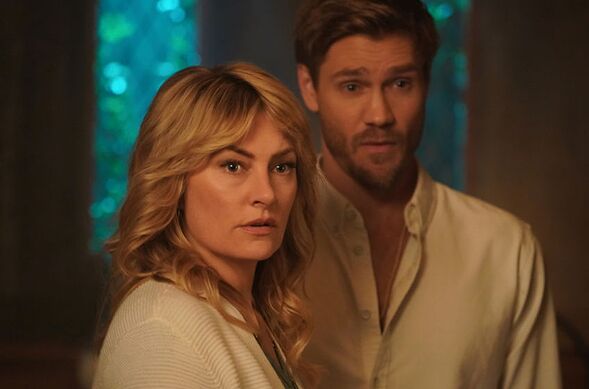 5. Alice and The Farm are MIA.

Since Betty and Cheryl blew up Edgar’s spot about The Farm’s organ harvesting operation, he’s forced to keep moving. He leads an ascension, which happens off camera, and everyone in the cult goes missing. Except for Kevin. He’s left behind with the rest’s white clothing, claiming that the “worthy” ascended. Oh well? Meanwhile, the biggest shock comes from Alice, who’s said to be an FBI informant by Charles. All this time she’s been the real mole in The Farm. Betty must be livid.

You know what’s decidedly not chill? Moving your brother’s corpse that a cult leader dug up and used to scare you into your home. But Cheryl’s always been a character changed and driven by the death of her twin brother. It’s no surprise that Cheryl wouldn’t immediately return Jason’s body to its resting place after everything that she’s been through at The Farm and with both of her parents being heartless murderers. Once more with feeling: Now can Cheryl finally heal?!

7. Archie, Betty, and Veronica know what they did next spring break.

As predicted, the final moments of the finale set up next season’s mystery. In the midst of the core four’s hopes for a calmer future over milkshakes, a flash forward to their senior year spring break reveals a bloodied Archie, Betty, and Veronica standing before a fire in their underwear. Betty instructs Archie to burn Jughead’s beanie and to never speak of what happened so they “won’t get caught.” Should we be worried about Jughead’s fate and this very welcome I Know What You Did Last Summer vibe?

What did you think of the season finale? Sound off in the comments!

Riverdale returns with Season 4 this fall on The CW.