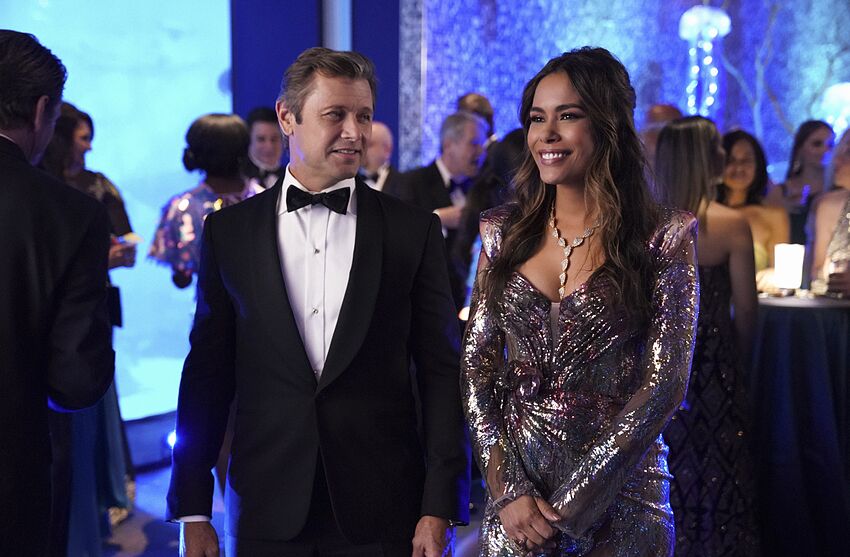 The Addams Family review: Is nostalgia enough to keep audiences engaged? by Sandy C.
Does Gemini Man live up to the hype? by Erika Delgado

The third time’s a charm for Dynasty and the new Cristal. Season 3’s premiere heats up with a shocking arrest and the reveal of Liam’s fate.

The more things change, the things stay exactly as chaotic as ever for the Carringtons. Dynasty’s third season premiere brought fresh faces (hello, Cristal No. 3!) and a new showrunner, but this well-oiled machine kept the drama speeding a mile a minute. Picking up with last season’s cliffhangers, the manor falls into madness over the discovery of two bodies in the lake.

Naturally, it’s matter of sticking to the same story. But Fallon’s guilt and a botched body swap leads to an arrested, and Liam’s fate spawns more questions (for him). From powerful to powerless, we’re ranking Carrington manor’s best and brightest on their quest for control.

Here’s how the power struggle stacked up in the season premiere of Dynasty Season 3. (Warning: Spoilers ahead!)

We can all agree that the power struggle was pretty evenly spread across the manor as the Carringtons and company scattered in the wake of scandal. But Fallon, our comeback queen, always lands on her feet. She holds the most power because she’s the only one with the fortitude to display even a fraction of guilt, which isn’t hard when the ghost of Trixie haunts her.

From giving Trixie’s mother a panic attack at church to hastily announcing a scholarship fund in Trixie’s name, nothing assuages Fallon’s guilt or Ghost Trixie’s persistence. Finally, Fallon cracks to the police, pinning Trixie’s death on Mac. Two dead bodies, one lake — you get it. However, Fallon’s luck soon runs out during her latest visit with Liam. As predicted, he doesn’t remember her… but he does remember Ashley.

You know why Sam and Anders share the second-most power of the week? Because they’re rising above the BS. Sam focuses on renovating his hotel and building his own dynasty, and Anders recognizes that he must abandon the manor’s toxicity. Being so, Anders disobeys Blake’s request to pay off their police department contact and washes his hands clean of the entire situation. With the manor in their rear view, Sam and Anders embark on their next chapter in hospitality. 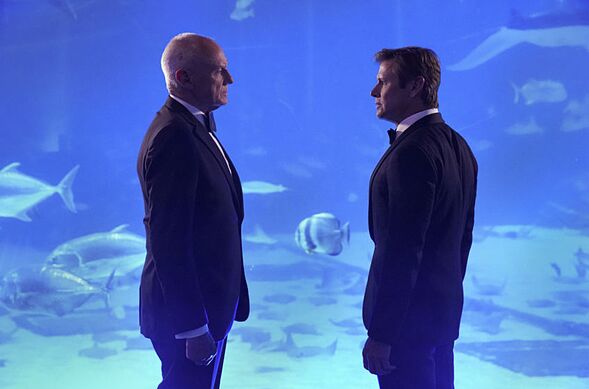 Michael Michele returns to Dynasty Season 3 as Dominique Devereaux, having been promoted to a series regular, but Dominique’s waffling in the middle ground. One minute, she’s successfully swindling Blake for a seven-figure “transaction” for removing all signs of Adam from Jeff’s plan to frame him, but the next her paid news segment is shelved in favor of a breaking story on the Carringtons. Like Alexis, she can never completely win. But unlike Alexis, she’s much more capable of thriving against Blake. She just better hope she can keep the lie about Jeff afloat and dig up some dirt on Cristal.

In case you missed it, there’s another new Cristal this season (that’s three Cristals for three seasons). Daniella Alonso made her official debut in the Season 3 premiere. The series poked fun at the constant casting shakeup with a tongue-in-cheek line from Fallon: “Save it, Cristal. You’ve already apologized twice. You think the third time’s the charm?” Incidentally, Alonso’s Cristal might be the charm. She’s still getting her footing in the role, but Cristal’s back in action with a wayward moral compass and a new enemy in Dominique. 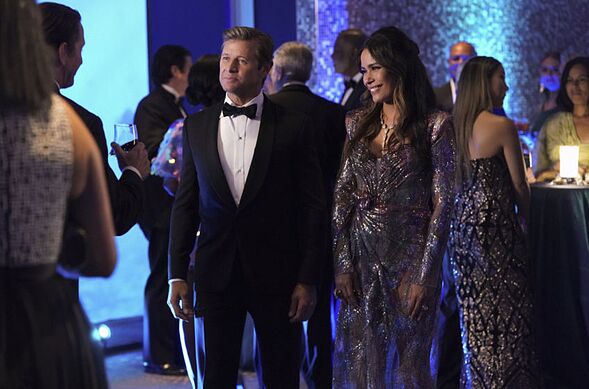 The funny thing about Blake is that he always thinks he has power. That delusion remains even in the midst of his descent into panic mode. For Blake Carrington, the goal seems to be “stay out of jail.” And although he’s been arrested, he’ll somehow manage to maneuver around his latest brush with the law. Even though Fallon fibbed in her confession and Adam tagged Mac’s body for cremation, the police hauled Blake off for murder. Had the coroner already found his DNA? Did Adam make an intentional mistake? Was Blake framed (a.k.a correctly accused) by someone else?

Next: 7 TV shows to watch if you're obsessed with Dynasty

What did you think of the episode? Sound off in the comments!

Dynasty airs Fridays at 9/8c on The CW.