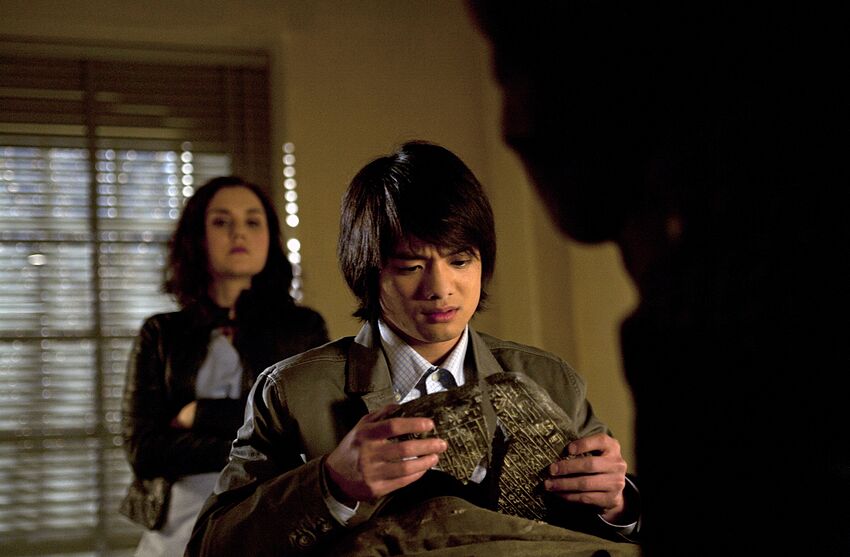 Gordon Ramsay’s 24 Hours to Hell and Back season 3 preview by Brittany Frederick
Happy birthday, Lauren Cohan: 5 reasons Bela’s return would be so great by Alexandria Ingham

After introducing Charlie, Supernatural Season 7, Episode 21 brings Kevin Tran into the story. Here’s a look back at his first episode.

As we get closer to the Supernatural Season 7 finale, we continue the focus on taking down the Leviathans. In Episode 21, the Winchesters meet Kevin Tran, but just how is he fully introduced? It’s time to look back at the episode, titled “Reading Is Fundamental.”

The episode starts with the Winchesters opening the piece of clay they got during the previous episode. A thunderstorm is unleashed, and we’re taken to Kevin Tran’s house, where he’s lifted into the air and then dropped to the ground.

At the same time, Castiel wakes in his hospital bed. We see Meg sitting next to him, keeping a watchful eye over him. Elsewhere, Leviathan Edgar gets a call from Dick Roman, and we know everything is connected.

Back with the Winchesters, they find a small black tablet covered in strange writing. What could it be? It’s somehow connected to Kevin, who has visions of it the following morning. 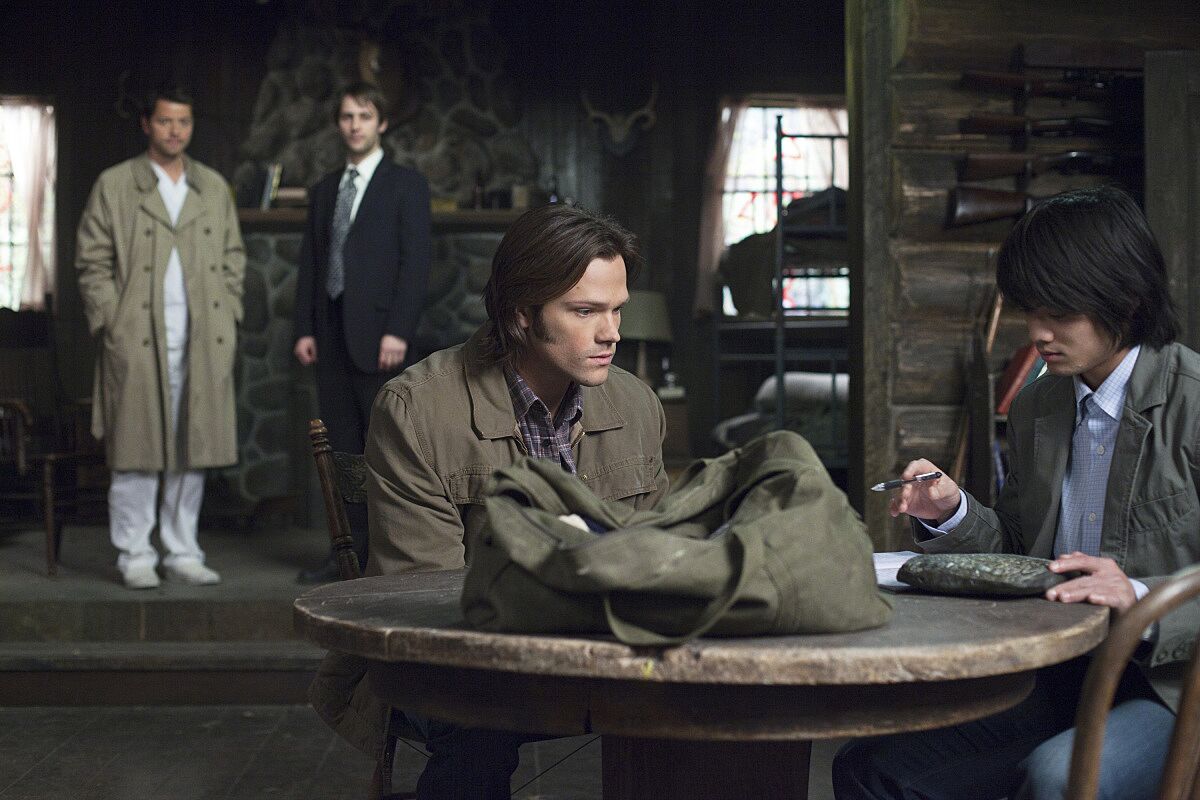 “Reading is Fundamental” – in SUPERNATURAL on The CW.
Photo: Liane Hentscher/The CW ©2012 The CW Network, LLC. All Rights Reserved.

Meg turns up for the Winchesters help with Castiel as Kevin heads to the hospital instead of his SAT test. When the Winchesters arrive, Castiel is acting strange but he does manage to share that the table is the World of God, written by Metatron, God’s scribe. He can’t read it, though.

When Meg and Dean argue, Castiel gets upset and teleports away. In doing so, he drops the Angel Tablet and it breaks into three pieces. The Winchesters and Meg argue again, giving Kevin a chance to try to steal the broken tablet. Meg and Sam chase after him, while Dean heads to Castiel to talk to him.

Kevin can read the tablet, sharing that it talks of the Leviathans. Just then, two angels show up. They’re assigned to protect Kevin, who is a prophet. Dean manages to deal with the angels temporarily by banishing them.

Figuring out the Word of God

It turns out that Hester and Inias, the two angels, were part of Castiel’s garrison. They were tasked with taking Kevin away so he could learn the Word of God away from Man. Castiel can’t help against the angels, so the Winchesters need to get Kevin away.

Meanwhile, Meg meets with two demons who have been following her. However, she kills them and returns to the brothers. They still don’t trust her, but she does point out the fact that she’s kept Castiel safe from Crowley all this time.

One thing Kevin does manage to do, despite another attack from Hester and Inias, is translate some of the tablet. It shares that Leviathans can be killed by a bone of a righteous mortal dipped in three bloods of the fallen, and one of those is an angel. Castiel gives some of his blood to the Winchesters before leaving. 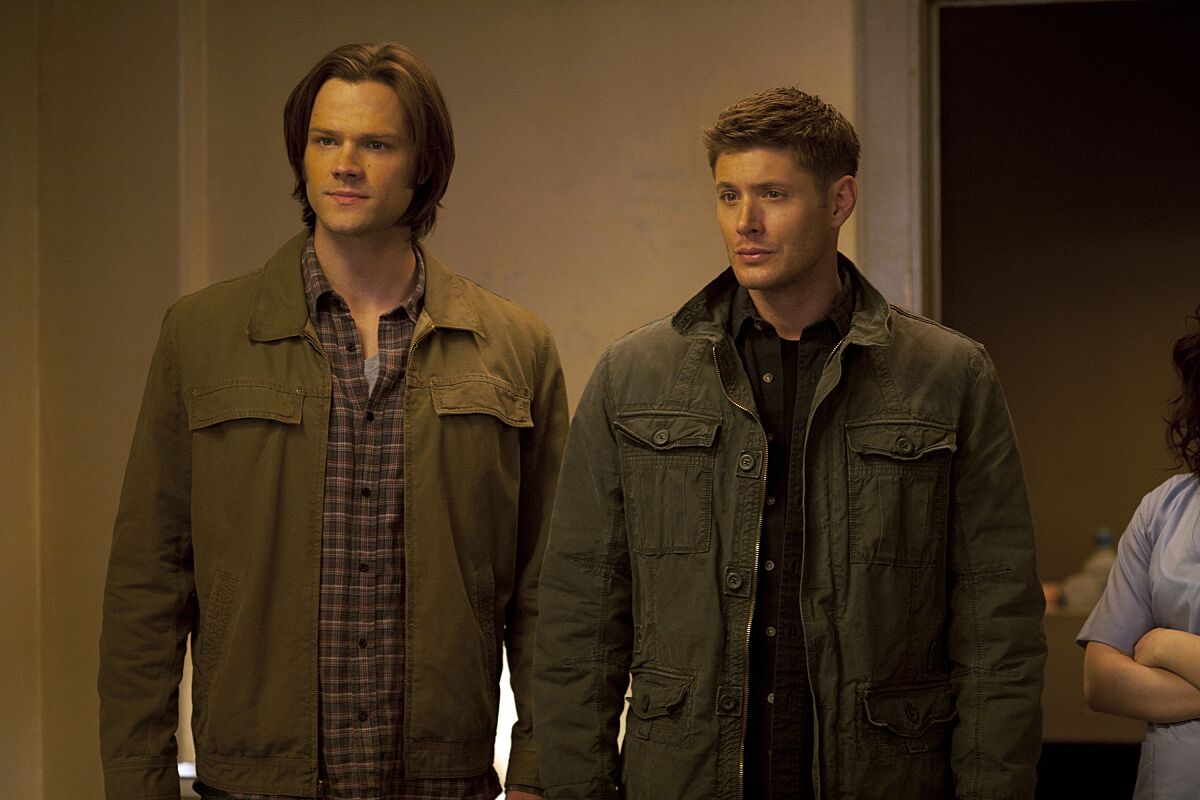 Getting Kevin back home

Kevin is allowed to return home with some angels. Of course, his mom is relieved. She’d reported him missing and a detective named Collins is there speaking with her at the time Kevin returns.

When Kevin is back, Collins kills the angels effortlessly and transforms into Edgar. Kevin is in trouble.

Next: 5 biggest takeaways from the Supernatural Season 15, Episode 9 promo

What did you think of Kevin’s introduction to Supernatural? What was your favorite moment of “Reading Is Fundamental?” Share your thoughts in the comments below.

Supernatural Season 7 throwbacks continue throughout Hellatus. Follow us on Facebook for more throwbacks and Supernatural news straight to your feed.