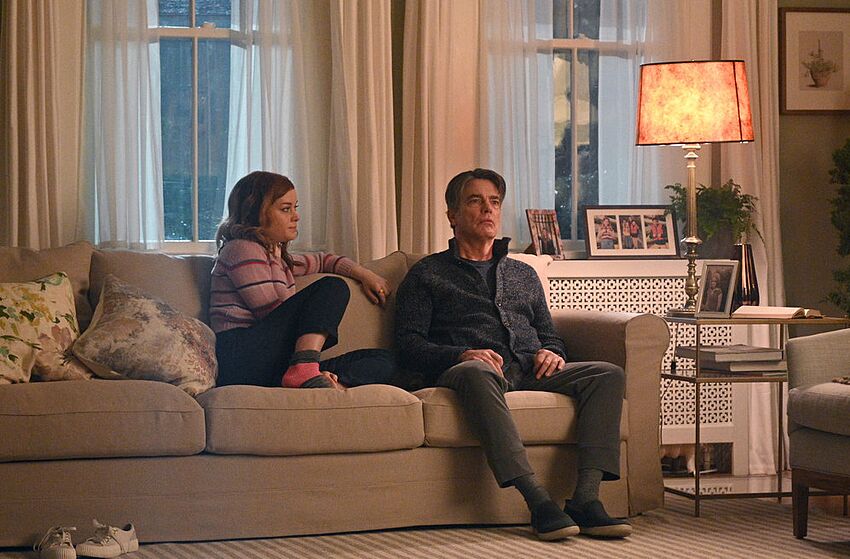 Is the Sex Education Season 2 trailer teasing Otis and Maeve? by Shana Lieberman
Gordon Ramsay’s 24 Hours to Hell and Back: Lowery’s Seafood by Brittany Frederick

In Zoey’s Extraordinary Playlist Season 1, Episode 1, you’ll get to meet Zoey, Mo, and the rest of the gang while getting a taste for the “high-concept” series’ song and dance numbers.

Zoey’s Extraordinary Playlist Season 1 starts off like just about any other new series: The pilot sets up pretty much everything you need to know in order to start watching (and enjoying) the show. You’ll meet all the main characters, like Zoey Clarke (Jane Levy) and Mo (Alex Newell) and learn just exactly how the main character came to be so “extraordinary.”

But for all the fun that you can expect from a television series that’s also a musical, there are also some really painful things happening in Zoey’s life. So, when you watch Zoey’s Extraordinary Playlist Season 1 Episode 1, you’ll also get a flavor for what types of struggles the leading lady faces outside of having a special gift.

You’ll want to pay special attention to what you learn about Zoey’s family life, especially as it relates to her dad. Mitch Clarke, played by Peter Gallagher, is definitely one of the people around whom the heartbreaking element of Zoey’s Extraordinary Playlist centers. But that’s not to say that his relationship with either Zoey or her mom Maggie, played by Mary Steenburgen, is difficult in the way you might expect.

The world we see through Zoey’s eyes will also involve a lot about her job at SPRQPOINT. You’ll get to meet her boss, Joan (Lauren Graham), and some of her coworkers.

If this all sounds painfully normal, don’t worry. It doesn’t take forever for Zoey’s Extraordinary Playlist to get to the real point of the story: What happens when Zoey starts to relate to the people around her, including complete strangers, by hearing their inner musical monologues?

As we promised in our advance review of the series, Zoey’s new special talent is going to bring a lot of the series’ emotional impact to the surface. Sure, there are going to be your normal, everyday sources of a very human combination of angst and lightness. But the musical aspect of this television musical is absolutely everything.

If that’s not enough to get you tuned in, here’s the series description, courtesy of NBC:

If there’s a song in your heart, it will get in her head. Jane Levy stars in this high-concept drama as Zoey Clarke, a whip-smart computer coder forging her way in San Francisco. After an unusual event, Zoey, who always preferred podcasts over pop songs, suddenly starts to hear the innermost wants, thoughts and desires of the people around her – her family, co-workers and complete strangers – through popular songs.

At first, she questions her own sanity, but after getting some guidance from her musically adept neighbor, Mo, and making a breakthrough with her ailing father, Zoey soon realizes this unwanted curse may just be an incredibly wonderful gift as she connects with the world like never before.

The first season of this show is great, and you’ll be singing and dancing along in no time. Just make sure you’re ready to cry a fair amount while you’re at it, sometimes even when you’re in the middle of joining in the musical numbers from home.

Now that you know what it’s about, we hope you’ll watch Zoey’s Extraordinary Playlist Season 1 Episode 1 live online. After the show, make sure to join us back here to let us know what you loved about it!