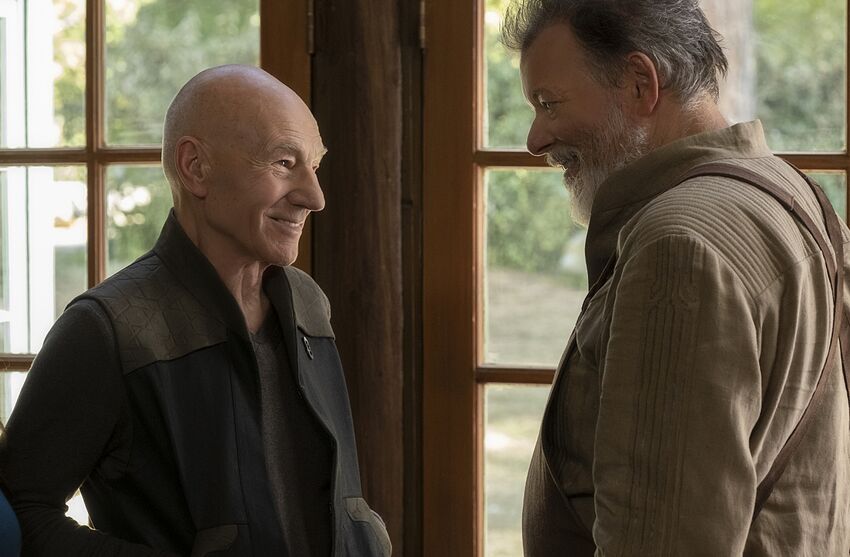 Patrick Stewart and Jonathan Frakes shared how they felt about the poorly received Star Trek: Nemesis, and why Star Trek: Picard will help correct that narrative.

There’s a lot to be excited about Patrick Stewart’s return to the Star Trek universe in Star Trek: Picard. Among the many reasons is the chance to rectify the unsatisfying end that the 2002 film, Star Trek: Nemesis, left with fans.

Friction with the Nemesis director Stuart Baird permeated throughout filming. The director inflamed the fanbase further with his admissions of not only not being a fan of Star Trek: The Next Generation, but not having even watched the episodes. Worse, he was supposedly dragged to watch the preceding films prior to directing Nemesis.

You can read more about what went wrong filming the last TNG movie here, with some pretty telling outtakes from the DVD set. Patrick Stewart even said in a Dreamwatch interview a few years ago (via Den of Geek), “I think if there was ever a real need for an extended edition of any work we have done, it would be Nemesis.” Furthermore he said, “It wouldn’t be a Director’s Cut of the film… that may have been even shorter, but maybe an Actor’s Cut.”

In the recent Variety interview, Patrick Stewart talked about relishing the chance to come back to the Star Trek universe after the rewarding experience of working with Hugh Jackman in Logan, a critically-acclaimed and audience favorite in the X-Men universe. Stewart admitted that the final version of Nemesis was “weak.” Star Trek: Picard will afford fans and series talent a new opportunity to continue the ST narrative on their own terms, and a chance to correct the mistake of Nemesis.

Jonathan Frakes—Captain William T. Riker—is one of the returning actors from the TNG series and like he did on Next Generation, he will be directing episodes of Picard as well. Frakes also directed two of the Start Trek: TNG movies, but turned down the option of directing Nemesis. At the time, Frakes was eager to move on from the series and went on to direct a few movies.

“I would have loved to have done Nemesis, but it seemed like, ‘Really? That’s all you’re going to do, is Star Trek movies?” Jonathan Frakes said in an interview in Vulture last year, via Comicbook.com. “It’s glib to say now. I wish I had done Nemesis.”

The 67-year-old actor—who holds an MA from Harvard University—has since returned to the Star Trek universe, directing episodes of Star Trek: Discovery and the Next Gen-inspired series, The Orville.

Jonathan Frakes has also directed two episodes in the first season of Star Trek: Picard. Frakes said that directing Stewart was much different than on The Next Generation, some 20+ years later.

“Patrick has become sillier as he’s gotten older,” Frakes said in the Variety piece on Stewart. “His sense of humor is wild. His ability to be playful and more vulnerable makes him and his work more layered. He’s 79 and has a very full résumé, so his confidence in his work allows him, I think, to be confident in his personal life. And he’s at ease. It’s a great ease to be with him. Anybody who’s in this business as an actor could look to that career and say, ‘That’s a success.’”

From the trailers that have dropped, it’s clear that the dynamic chemistry between Patrick Stewart and Jonathan Frakes hasn’t changed a bit. When the trailer hit at the HULU theater at Madison Square Garden during New York Comic Con, the crowd roared with delight.

Although the atmosphere of Picard is much different to The Next Generation, having Will Riker and Jean-Luc Picard back is another exciting enticement to watch one of the most highly anticipated shows this year.

Next: When does Ozark Season 3 premiere?

Star Trek: Picard premieres Jan. 23, 2020, on CBS All Access, with episodes available the next day in the UK on Amazon Prime. Stay tuned here for all your Star Trek: Picard news and development.