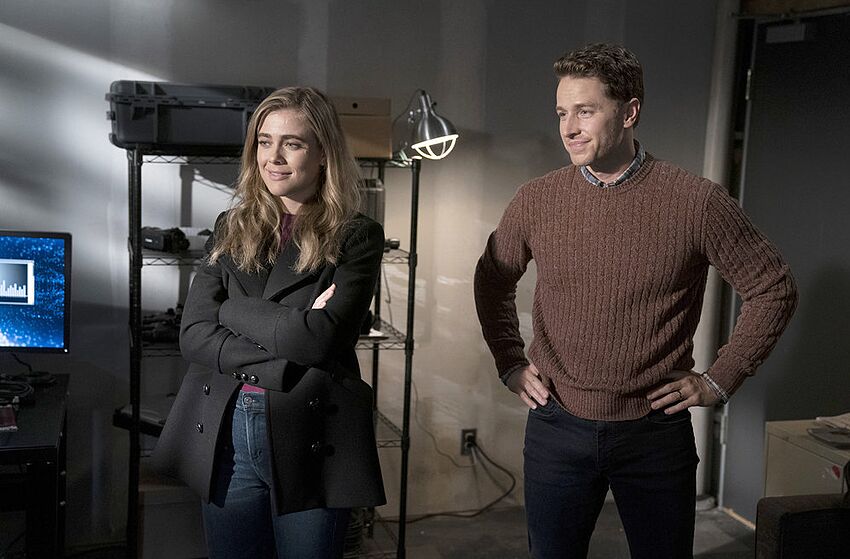 Was Netflix’s new horror series Dracula a good adaptation? by Manzanares De la Rosa
The Bachelor Season 24, Episode 2: How to watch, what to expect by Alexandria Ingham

Saanvi searches for more information on the Death Date, while Ben connects with another passenger on Flight 828. Here’s how to watch Manifest Season 2, Episode 2 live.

Did Flight 828 time travel or did the plane crash? That’s now a question in our minds after the recent calling both Michaela and Cal experienced. And it looks like Manifest Season 2, Episode 2 will see others experience the same possibility.

There are so many questions for the season already. That’s not all that surprising considering the multiple twists and turns we were sent through in the first season.

Titled “Grounded,” we have a surprising return. Director Vance is back, and it looks like he has a few pieces of information about Flight 828. Will these pieces connect to the flight actually crashing? Will they tell us what’s happening to our passengers?

Meanwhile, the Death Date is looming over us. Zeke’s is coming up fast, with the promo for Manifest Season 2, Episode 2 suggesting that he’s going to start suffering from frostbite relatively early on. Will that be in this episode or a couple of episodes to come? We’ll have to wait to find that out.

However, Saanvi isn’t waiting. She’ll spend some time during tonight’s all-new episode researching her Death Date. She’s also going to start real therapy with The Major, which is a dangerous move she has no idea about.

As for Ben, he’s going to form a connection with another passenger on Flight 828. What will they bond over? Could it be that they both start experiencing the same calling? Or their callings are somehow connected?

Check out the promo and synopsis for Manifest Season 2, Episode 2 to get ready for tonight’s episode.

Ben forms an alliance with a student from Flight 828, whose callings either uncovered a violent crime or helped him commit one; as Saanvi strives to further her research into the death date, Grace makes a startling discovery about her pregnancy.

Next: 5 major takeaways from the Manifest Season 2, Episode 2 trailer

There’s absolutely no need to miss out on Manifest live. You can always watch on NBC through Hulu Live TV and then catch up on demand the following day. Need other options? Here you are!