The Wave features Justin Long in a hallucinogenic chase to find a woman and his wallet, but there’s more to this journey than meets the eye.

When deciding what to watch in theaters this weekend, the two big releases that stick out are Bad Boys For Life with Will Smith and Martin Lawrence, and Dolittle starring Robert Downey, Jr. If those don’t suit your fancy, you should consider watching The Wave.

Written and produced by Carl W. Lucas, The Wave stars Justin Long as Frank, an insurance lawyer who finds himself at a party with his coworker (Donald Faison) and their new friends. Frank and Theresa (Sheila Vand) meet a drug dealer who offers them a mysterious hallucinogen that sends everything into a downward spiral. With Theresa nowhere to be found, Frank’s wallet missing, and a career-defining board presentation the next morning, Frank struggles to get a grip on time and reality.

With said mysterious hallucinogen in Frank’s system, viewers get a sense of that wave in a unique cinematic experience. From distorted and discolored objects to slurred speech and delayed timing, audiences are invited into the film to feel the long-lasting and confusing effects of the drug. Those who enjoyed Netflix’s You Season 2, Episode 8 (in which a prominent character is faced with drug-induced hallucinations) will most likely welcome the trippy mind games this film has to offer.

Not only is Frank’s confusion visible as he goes on a journey of figuring out what happened to him at that party, but audiences will feel that confusion too as time goes on. Though, that’s not to say it’s a bad thing. Frank’s mission is more than a physical chase, it’s a self-reflective one which explores his deep feelings that affect his everyday life at home and at work. The questions shift from “Where’s Theresa?” to “What in the world is going on in Frank’s head?” 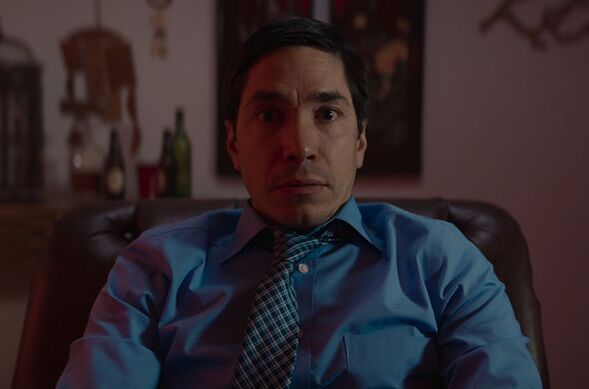 Needless to say, The Wave is an attention-keeping adventure that takes the typical “I must change in order to achieve greatness” story and adds a stylistic twist to it. What starts out with Project X party vibes ends with retrospection like that of Waking Life. By the time the credits roll, The Wave will leave you in deep reflection mode while questioning if you were under the influence too during the near-ninety-minute flick.

Even if The Wave isn’t your first choice to watch this weekend, you won’t regret going out of your way to see how the visual effects and unique style compliment the story. If you’re curious as to just how weird this movie may be, check out the wild trailer right here:

Will you be watching The Wave this weekend? What are your wild predictions? Let us know in the comments below!