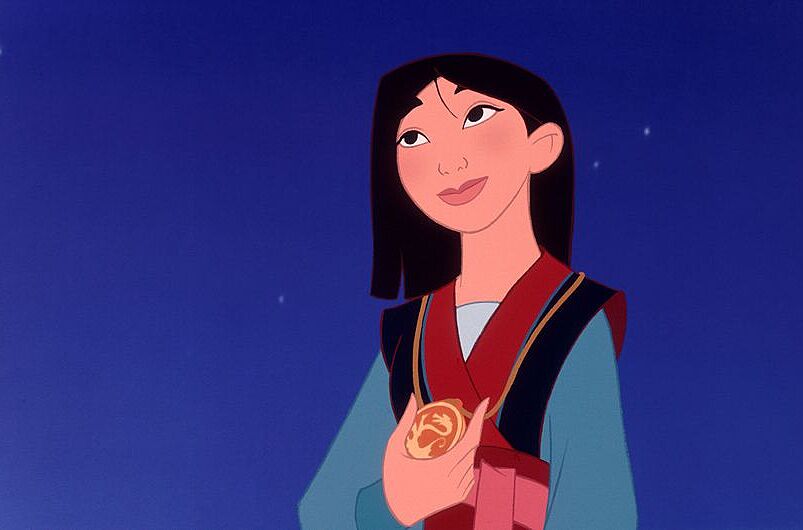 This June, Mulan turns 20 and we’re celebrating the iconic film’s anniversary by looking at some of the incredible Mulan-inspired toys Hasbro has to offer!

20 years ago, the Disney landscape was forever changed when they introduced the world to a brave young woman whose incredible journey won the hearts of millions! We’re of course referring to Mulan which debuted in theaters June 1998 to rave reviews and is celebrating its 20th Anniversary this June!

It’s hard to believe it’s been 20 years since Mulan first took to the big screen with what would be the first of two unforgettable adventures featuring the iconic heroine, perhaps due to the character’s continued presence in the Disney Kingdom and the lasting legacy she has had. However, 20 years have indeed passed since Mulan‘s original release and to this day the film continues to captivate new viewers which is why there’s no better way to celebrate the film’s anniversary than with some exciting new Hasbro toys inspired by the film’s beloved title character.

Thanks to our friends at Hasbro, we received a sampling of the incredible Mulan products currently available in stores nationwide; products that make for the perfect addition to any and every Mulan fan’s collection! About the Product: Kids can play out their favorite magical story moments with these Disney Princess Royal Shimmer Fashion Doll assortment, each dressed n their movie-inspired signature colored gown embellished with a glitter pattern. Each doll comes with an outfit and pair of removable shoes.

No Disney line would be complete without some form of fashion doll and Hasbro hits it out of the park with its Mulan DIsney Princess Shimmer Fashion Doll! Drawing inspiration from the character’s softer look, seen before and after her time serving her nation in the Chinese army in her father’s stead, this doll is sure to be a must-have for young fans – and, honestly, collectors of all ages!

As is often the case when it comes to Hasbro dolls, the Mulan doll is incredibly detailed with close attention to the doll’s facial features which beautifully capture the character’s animated likeness.

Then there is the doll’s outfit which steals the show with an elegant design that perfectly weds Mulan’s style and Chinese culture, with the dress weaving in several floral accents inspired by flowers which contain varying significance to Chinese culture.

This is sure to be a must-have and given the doll’s overall quality and is a product I would highly recommend adding to any collection! About the Product: The Disney Princess Little Kingdom Magical Movers assortment is all about doll-powered play and magical moments. Kids can charge the doll and use her energy to activate exciting play movements. Put the doll on the included base, pull the string to charge the doll, then place on a hard, flat surface and watch her twirl and will!

Earlier this year, we had the pleasure of reviewing Hasbro’s Disney Princess Little Kingdom Magical Movers line ahead of their nationwide release and couldn’t get enough of the newest addition to Hasbro’s ever-expanding Disney collection. So needless to say we were thrilled to finally see Mulan join the line!

The Disney Princess Little Kingdom Magical Movers allow for endless hours of fun and these adorable little figures are such great additions to any fan’s collection. Keeping with the line’s origin, the Mulan figure comes with a base that activates the doll’s top-like feature – a feature kids are sure to enjoy. About the Product: Kids will have oceans of fun creating aquatic adventures with the Disney Princess Little Kingdom Small Doll Floating Cutie assortment. Each princess comes with a floating in an iconic shape to their story such as Ariel and her octopus floatie,  Mulan and Mushu floatie and Rapunzel and Maximus floatie. Place each doll in their float in the water and collect all three to make a float train! The fin continues on lang by accessorizing their outfits with the included Snap-ins pieces.

Rounding out our trio of Mulan-inspired offerings is Mulan Disney Princess Little Kingdom Small Doll Floating Cutie figure which is the perfect toy for summer! After all, what’s better than combining playtime with a dip in the pool?

Hasbro has done such a wonderful job with designing a figure that captures the style of Mulan with a fun outfit inspired by the summer season. It’s also ingenious to incorporate her iconic sidekick Mushu in the design of the floatie which only helps to further add to the allure of this particular product!

Next: The 30 best Disney songs

You can find all of these Mulan inspired products and more in stores nationwide. Select products are also available on Hasbro Toy Shop’s official website.

Will you be heading out to purchase any of Hasbro’s Mulan products this June in celebration of the film’s 20th Anniversary? Which product are you most likely to pick up for yourself or the little Mulan fans in your life? Keep the conversation going in the comments section below!