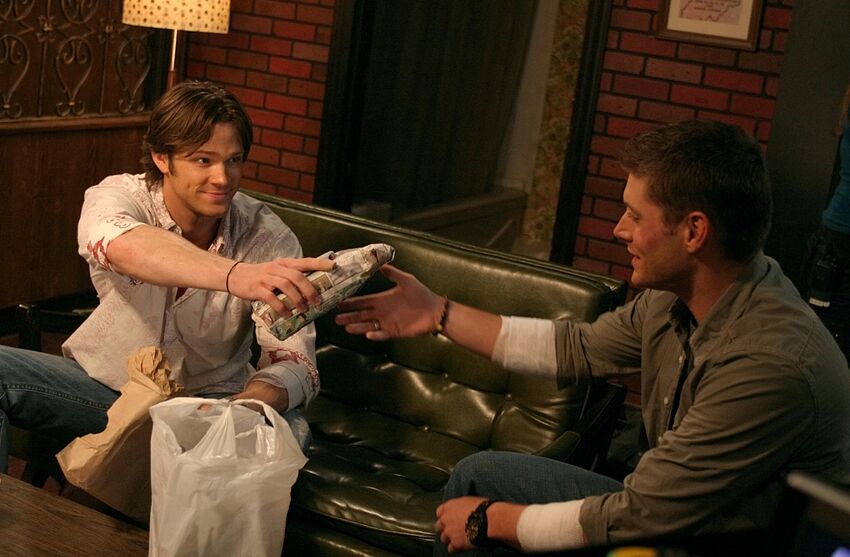 Christmas is an important time of year for Dean Winchester. Why did Dean always love Christmas in Supernatural? Let’s take a look back.

While Sam Winchester isn’t the biggest fan of the holiday, Dean is. He loves Christmas, and during Supernatural Season 3, he just wanted a good old-fashioned Christmas. It’s understandable since it was supposed to be his last.

But what was it about Christmas that made him love it so much? Even with the pagan gods trying to kill him and Sam, why did he still want to celebrate it (even though he understood why Sam didn’t)?

Dean remembers the past with rose-colored glasses much of the time. We just have to look at his memories of his mother to know this. And he looks back at Christmas fondly, even if it wasn’t the greatest time of the year. Even without John around, Dean remembered good times with Sam.

As Season 3 is supposed to be his last Christmas, he wants to bring the magic. He wants to bring in the positive memories. Dean forgets the bad and focuses on the good. And when you look at everything that Dean focuses on in other situations, you can see that it’s his way of coping. He even said recently that despite all the bad, there’s a lot of good in the job. Dean focuses on the good to remind him of why he hunts.

#AVerySupernaturalChristmas has everything. It's scary as hell. Funny. Serious. Bittersweet. Above all – the love of two brothers.

There’s also one special item that reminds him of the goodness of Christmas. It’s all about the amulet. This was supposed to be a gift for John, something that Bobby gave to Sam as a “real special” present. When John fails to turn up, Sam gives the gift to Dean. After all, Dean is the one who is always there and tries to make everything great for the small boy.

The amulet is something Dean doesn’t take off. In the first season, it was clear this meant something special when he made sure he took it back from the shifter. We found out why in Season 3, but we learn the true special power of the amulet in Season 5.

The fact that Dean still has the samulet, after almost 20 years. Probably never takes it off. God, he is so beautiful, inside and out. #AVerySupernaturalChristmas

Next: 25 Days of Dean-mas: The full schedule

What’s special about the season for you? Share your thoughts in the comments below.

The 25 Days of Dean-mas comes to an end tomorrow, but we’ll get through Hellatus together with many other posts. Follow us on Facebook for content straight to your feed.