When Does ‘Pretty Little Liars’ End? by Sandy C.
‘The Walking Dead’ Prank Wars: Norman Reedus’ Hilarious Chicken Prank by Sandy C.
Next2 of 26Prev
Use your ← → (arrows) to browse 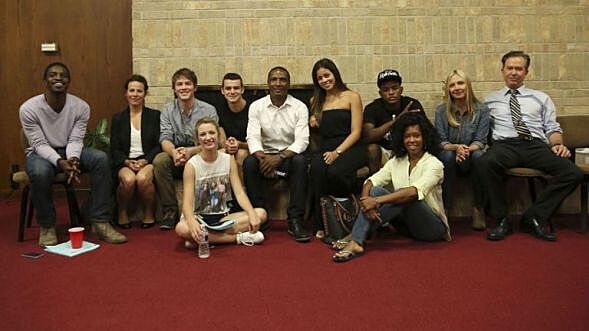 Series Overview: It’s a funny quirk of fate that ABC is playing host to the Oscars this year. Starting with American Crime, ABC has far and away more diverse shows on our countdown than any other network. The most diverse TV station hosting the least diverse awards show is an interesting prospect.

American Crime is an anthology show that is currently in its sophomore season on ABC. Centering on a single crime story, the first season focused on the investigation of a a racially charged murder. Created by 12 Years a Slave scribe John Ridley, American Crime received stellar reviews, and the second season is going strong.

Cast Spotlight: Actress Regina King nabbed an Emmy for her performance on the show this year. She played the complicated sister of a man mixed up with the wrong people. The strong emotion and commitment that King brought to the role helped bolster the first season of American Crime from good to great.

Next: Arrow
Next2 of 26Prev
Use your ← → (arrows) to browse
Load Comments
Event Tickets
Powered by StubHub
Top Stories