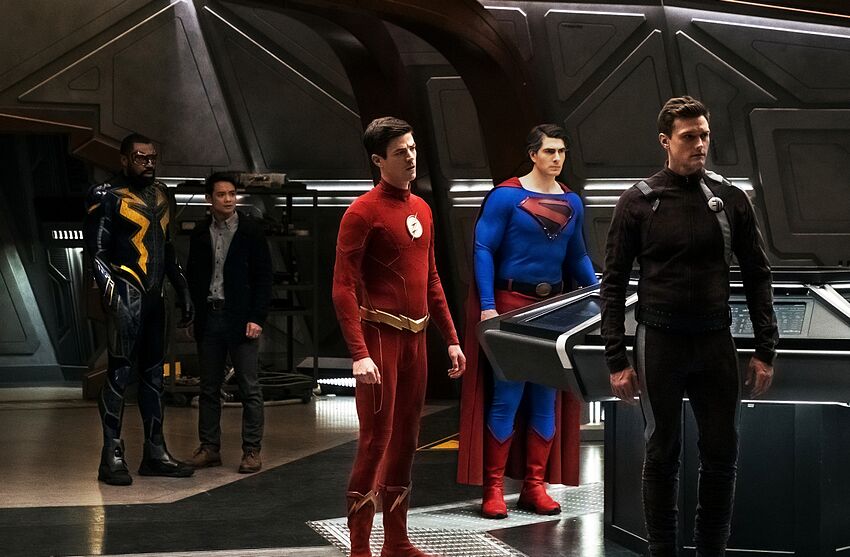 A certain DC character arrived in Crisis on Infinite Earths for a fun cameo. Just how did it fit in with the character’s own storyline in his show?

Crisis on Infinite Earths has been a crossover with many cameos. And that’s not just through the small glimpses of the different worlds being obliterated. We’ve had fun cameos of Smallville, Black Lightning, and more. One of those cameos came in the third episode of the crossover, and it’s had a few fans asking questions.

In the third episode, Constantine needed a way to get to Purgatory to get Oliver’s soul. There was one man/being he knew he could turn to. He paid Lucifer a visit. Yes, Tom Ellis’ Lucifer Morningstar, and his powers worked extremely well on Mia.

But if you were wondering about how it would fit into the Lucifer setting, you’re not alone. I wondered whether somehow I’d missed something from Lucifer on Netflix. Had he been sprung from Hell?

Well, it turns out that Constantine went to an earlier version of Lucifer. We got to see him during the five years Lucifer was on Earth but before he’d me The Detective (also known as Chloe Decker). This was when he didn’t really care about the world or other people in it, and he just wants to have fun.

So, why would he help? Those who don’t know the comics, there is a bond between Constantine and Lucifer. They’re both from the same comic book world and have both been in Hell. Both have some sort of respect for each other, even if they don’t necessarily like each other. Plus, even in his “don’t give a damn” phase, Lucifer would help out pretty girls with their desires.

You can check out more about the cameo from the interview Entertainment Tonight did with Ellis.

Next: If you love Lucifer, binge-watch these 5 shows

What did you think of the Lucifer cameo? Did you realize how it all fit in? Share your thoughts in the comments below.