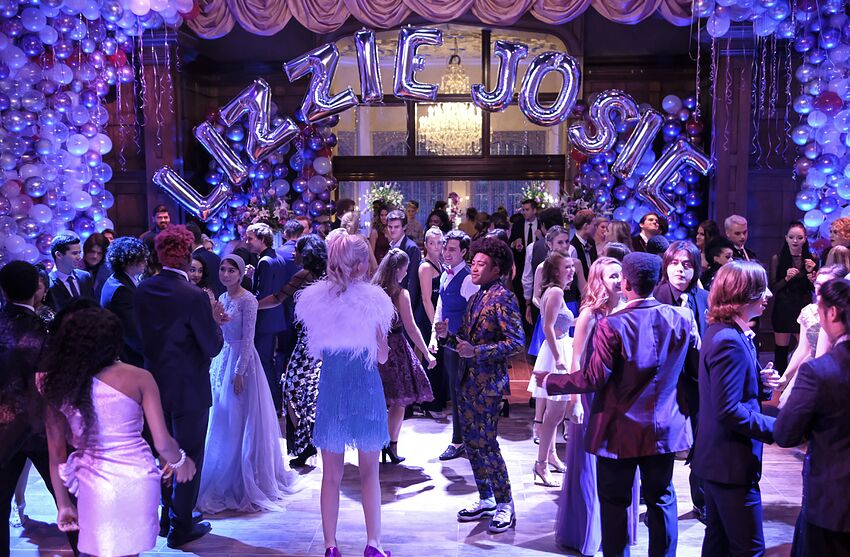 If you’re a fan of The Vampire Diaries then stock up on the tissues before diving into the latest episode of Legacies, it’s full of plenty of nods to the parent series that will make nostalgic fans weepy.

It’s not even the midseason finale of Legacies yet but the show just delivered its best episode yet. “Mombie Dearest” is not only a tribute to The Vampire Diaries universe as a whole, but a well-written, terrifically acted, and thoroughly entertaining chapter. It proves Legacies has a right to stand amongst its predecessors and sparkle with some of the same magic that made those shows so popular.

It’s Lizzie and Josie’s Sweet Sixteen this week. If you were a fan of The Vampire Diaries back in the early days then you remember just how vital, dramatic, and integral the parties and school dances were to the series. Given the grandeur of the twins’ party, it’s nice to know Plec & Co. hasn’t lost their touch.

“Family is always and forever.”

Hope and Rafael get stuck together in the gymnasium through magical means by a scheming Penelope. While there, they argue about the importance of a crew versus the importance of family. In Hope’s opinion, “family is always and forever”, an obvious reference to the Mikaelson oath.

It’s actually sad when you think about it. Hope doesn’t understand the notion of a “found family” because she was born into one of the most prestigious, powerful, and recognizable families in all of history. They put their siblings above all else. Hope never had a “crew”, she never got the chance to have a group of like-minded peers or friends her own age.

Here’s to hoping her time at the boarding school will change that, I think it’s already begun to, but it will be nice for Hope to realize a family can come in many shapes and sizes. 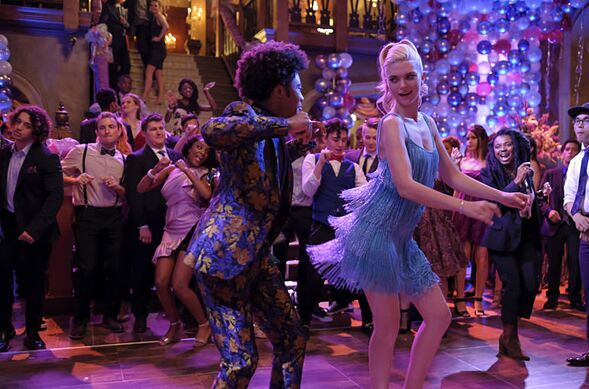 It wouldn’t be a TVD-verse party without plenty of developments on the romance front and Mombie Dearest doesn’t disappoint. After Rafael finally makes it to the party, Lizzie suggests the two of them meet at a “rock quarry nearby” for a rendezvous. Could this be a reference to the infamous Steven’s Quarry? The very quarry where Hope’s own father, Niklaus, performed the spell to break the hybrid curse and the quarry that served as a backdrop for several other monumental events in The Vampire Diaries timeline? Perhaps. It could also be something else entirely but I think it was a subtle nod.

Except, unfortunately, for Lizzie. Instead of getting a steamy make-out session, she gets dumped. Well, sort of. Since she and Raf were never actually dating. It was still sad to see her so upset on her birthday. Especially since we all know MG is waiting in the wings for his chance.

Josie, on the other hand, may be having better luck in the romance department for once. After being rescued by Hope, Penelope, and MG, she finds herself drawn to Penelope all over again. The two share a kiss of their own at the episode’s end. It looks like these two are going to try to solve their issues the physical way. I’m excited to see where this particular relationship goes. I’ve enjoyed being able to watch a new side of Penelope emerge as her character is expanded upon in every episode. I’ll look forward to watching this play out. 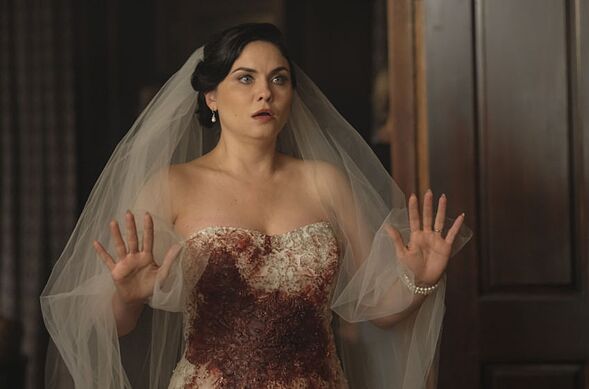 “You tell Caroline I said thank you for being my girl’s mom.”

In the most devastating plot of the night, we find a freshly faced Jo returned from the dead. At least, it appears so. Jo is corporeal, she has memories of her life from when she was alive, and for the most part, she is Jo, except, she’s also possessed by some zombie/demon-like force.

Before she goes into Mommie Dearest mode, we’re treated to some heartwarming scenes between her and Alaric, and her and Jo. She braids Jo’s hair and talks to her about her love life, moments Jo and Lizzie have been starved of as of late, especially with Caroline out of the picture (which the show does explain in this episode, finally, she’s apparently trying to find a way to prevent The Merge from happening to Josie and Lizzie when they turn 22). But sadly, it’s not built to last.

Once Jo and Josie are alone, possessed!Jo snaps and buries her alive. No Mother’s Day card for her this year, that’s for sure (just joking!) Lucky for Josie, she’s got a gaggle of people who all care for her and are desperate to keep her alive. There’s a wonderful sequence of MG, Penelope, and Hope killing zombies with shovels as they desperately try to find her before it’s too late.

There is no happy ending this week though. Not long after Josie is saved, Jo realizes the only way to end this is for the twins to siphon away the magic keeping her alive, therefore killing whatever creature is possessing her and letting her go back to being at peace. I won’t deny crying heavily, first during her goodbye scene with Alaric, the moment she told him to “tell Caroline I said thank you for being my girl’s mom,” I lost it. Then, to kick us when we were already down, we got another goodbye scene between Jo and her daughters. Ugh, I thought Sweet Sixteen episodes were supposed to be happy?!

It was nice to here Jo talk about being at peace and her vision for Josie and Lizzie’s future. She imparted with some words of wisdom, somehow letting each of them hear exactly what they needed to in that moment before departing.

Mother’s do know best, after all.

Next: Tell Me a Story recap: 5 shocking twists from Season 1, Episode 6

Were you sobbing as much as I was by the time the episode ended? What do you think of the new development with the Necromancer? How long are they going to be explain Caroline away while still being realistic to her character? Let me know in the comments your thoughts on the episode!

The fall finale of Legacies will air Thursday, December 13th on The CW @ 8/9c.