Agents of SHIELD Season 6: Will Talbot be found and revived? by Paul Zuniga
WWE: Making a case for Ember Moon as the 2018 Ms. Money in the Bank by Graham GSM Matthews
Next1 of 50Prev post
Use your ← → (arrows) to browse 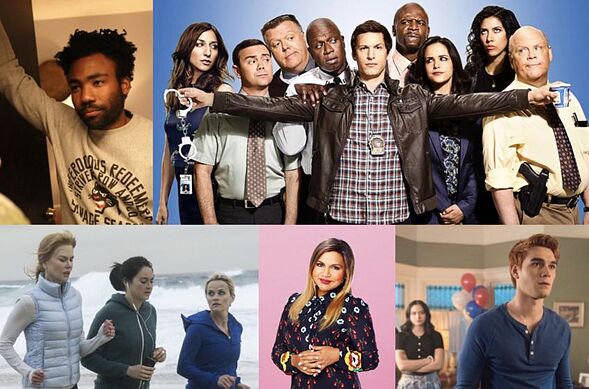 Cutting the cord doesn’t mean you have to be bored. Add these classic TV shows and modern streaming favorites available on Netflix, Hulu, Amazon, and more to your binge list!

In the age of Peak TV and the reign of streaming, it’s become increasingly tempting to ditch your cable package and embrace the luxuries of being a free agent. Long gone are the days when having cable was a necessity. You don’t even need a remote control to watch TV shows anymore. While some might hold on with white knuckles to the popularly deemed archaic comforts of their DVR, the brave ones among us have taken the leap and cut the cord. But… now what?

When you break up with your cable provider, there’s a vast sea of streaming services waiting to sweep you off your feet. Given a willingness to pay the fees, you could subscribe to each of the leading streamers — Netflix, Hulu, Amazon, HBO Now, Showtime Anytime — and have access to the same content you suffered through service calls to your seemingly always-on-the-fritz cable company for. Even if you’re devoted to a single streaming service, you have some of the best TV shows out there at your fingertips.

From the leading original series on Netflix and Hulu to the bingeable favorite the world simply can’t get enough of, cutting the cord doesn’t mean you have to be bored. Without the limitations of cable, you can finally catch up on Game of Thrones or see what all the fuss is about on Breaking Bad. You can get into the classic standbys like Friends and Seinfeld or rewatch recent hits like New Girl and Big Little Lies. The internet is your oyster, and there are always new TV shows to discover.

Even though 101 TV shows barely scratches the surface of the quality television series available to binge-watch on all of the streaming services, we have compiled a foolproof list of the most popular selections, the hidden gems, and the tried-and-true staples you can watch when you cut the cord. Say goodbye to cable and start bingeing these 101 TV shows!

Next: No. 101-99
Next1 of 50Prev post
Use your ← → (arrows) to browse
Load Comments
Event Tickets
Powered by StubHub
Top Stories